Life insurance policy is a contract between the policy owner and the insurer, where the insurer agrees to pay a designated beneficiary a sum of money upon the occurrence of the insured individual's or individuals' death or other event, such as terminal illness or critical illness.

A conservator is a person appointed by the Court to manage the property, subject to the direction of the Court, of an individual who is unable to properly manage his or her affairs.  Persons whose property is subject to conservatorship are generally those persons for whom guardians may be appoint

Guardianship is a legal relationship created when a person or institution named in a will or appointed by the court to take care of minor children or incompetent adults, sometimes called a conservatorship. 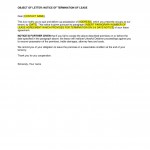 Below is a sample letter termination of the lease. Letter of termination of lease is initiated by the landlord. Please note that the letter should be prepared in accordance with the lease agreement and not to violate its terms.

The insurance contract is a contract whereby the insurer will pay the insured (the person whom benefits would be paid to, or on the behalf of), if certain defined events occur. Subject to the "fortuity principle", the event must be uncertain.

The insurance policy is a contract between the insurer and the insured, known as the policyholder, which determines the claims which the insurer is legally required to pay.

Follow the tips below to avoid shipment delays for time-consuming and costly letter of credit amendments. Present this list to your importer.

A Letter of Credit (LC) is a document issued mostly by a banks, used primarily in trade finance, which usually provides an irrevocable payment undertaking. This means that if buyer do not perform his obligations, his bank pays. 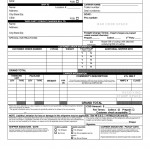 A Bill of Lading is a document of title, written receipt issued by a carrier, a transport company, that it has taken possession and received a item of property and usually also confirming the details of delivery (such as method, time, place or to whom), and serves as the carrier's title for the p 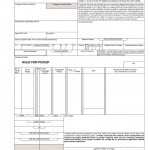